Skip to content
Jump to the recipe • Print recipe 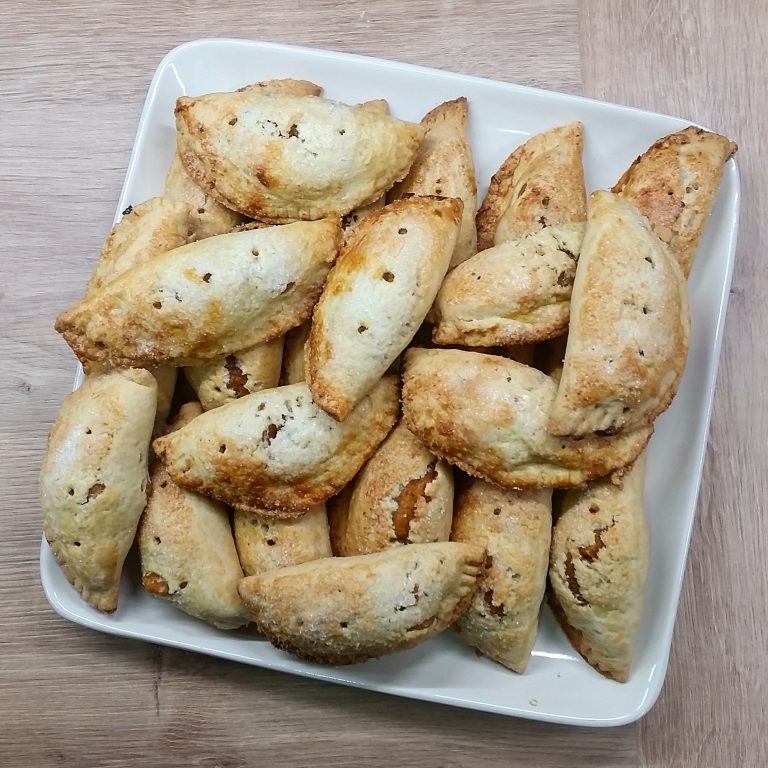 Empanadas are becoming increasingly popular, and they are traditionally eaten in Spain and Latin America. Technically speaking these are what we call ’empanadillas’ which are a smaller variant. Empanadas can be savoury or in this case sweet. You can also use different fillings, with ‘angel hair’ (known as ‘cabello de angel’, which is pumpkin strands in syrup and very sweet) being a very popular sweet variety.

This recipe used sweet potato which gives a lovely sweetness without making them overly sweet.  Also empanadas are many times deep fried whereas these are baked which makes them lighter and healthier. The effort involved really does translate to rewards, you’ll find it difficult to eat just the one!

Join VeggieGib for email updates and get a FREE eCookbook with 15 easy and tasty veggie/vegan recipes.
Thanks! Please check your emails to confirm your subscription and you will be sent the FREE eCookbook. If you do not see the email please check your spam/junk mail folder.
Sweet Potato Empanadas Recipe
Yield: 24-30 Servings
Difficulty: Medium
Cooking time: 1 Hour 15 Minutes

To make the empanadas